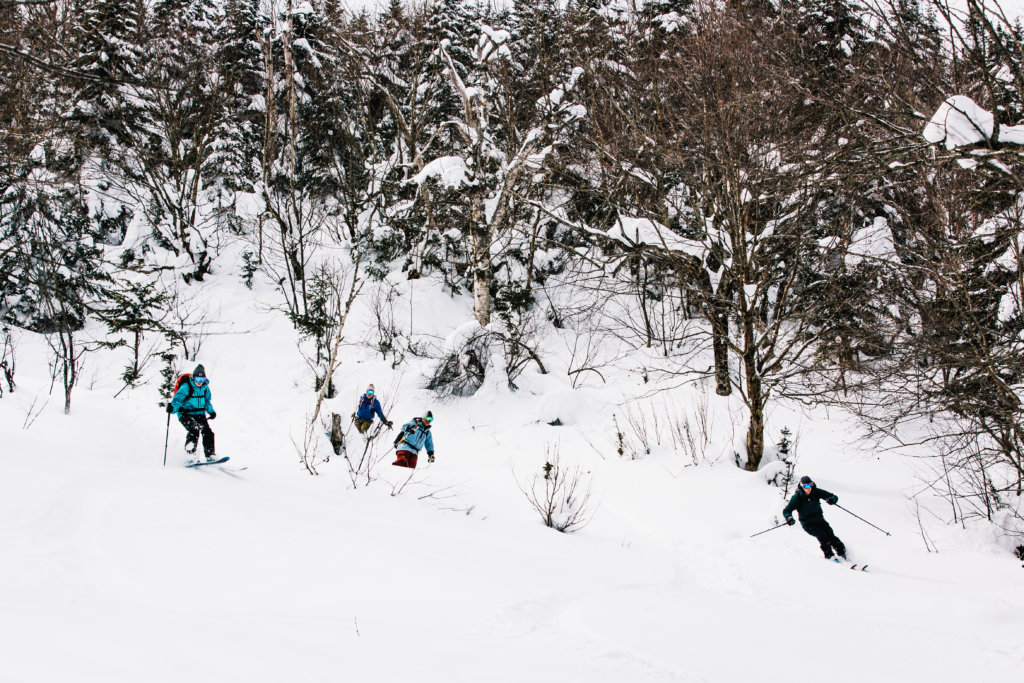 Wow, what a year… I mean, if you told us little ol’ Bolton Valley would be featured in two TGR films in 2021, we’d be like, “sure, wake us up when you land on Neptune,” but low and behold, we’re awake!

IN PURSUIT OF SOUL, a short film by Teton Gravity Research, will explore the fiercely authentic culture of independent resort towns across the country while meeting the people that call those mountains home – the true soul of skiing and snowboarding.

In classic ski filming fashion, the day we had scheduled to film saw a bit of mixed precipitation just after we had a truly historic 8 week run where it snowed nearly every other day and never thawed. We had been enjoying some rather all-time conditions in the legendary Bolton backcountry for weeks on end, with a consistent, deep, fluffy natural snow pack deep in the woods, with hardly any crusty layers to hear anything but the sounds of “swoosh” from underfoot and hooting and hollering of truly joyful humans just along for the ride. But alas, with a professional film crew making the scene, conditions turned a bit right on cue. Classic. Lucky for us, TGR knows how to spin a good yarn no matter the conditions on the ground and we couldn’t be more thrilled to be a part of this film project and line up with so many great Indy Pass ski areas to shine a light on these special outdoor experiences.

Not only that, though the timing wasn’t ideal to catch the wave of great conditions we had literally JUST had, it was optimal for getting the DesLauriers crew in all their glory. Ralph, Lindsay, Evan and Adam are of course always here, but it was truly a bonus that the timing of TGR’s visit just so happened to coincided with a planned visit from older brothers Rob and Eric who live and play primarily in Jackson Hole and Tahoe, respectively. What a treat. And for Adam, Rob and Eric at least, certainly not their first rodeo on film having travelled the world together in the ’90s shooting now classic ski films including several appearances in Warren Miller films and projects featuring ski filming pioneers near and far, including local legends and friends of Bolton Valley, the Egan Brothers.

Anyone still have their VHS copies of those classic ’80s and ’90s films? We may have to dust some off as we look to screen In Pursuit of Soul in the coming weeks around the resort and perhaps a couple other locations… stay tuned on that front…

On October 19th, the film is available for FREE on…