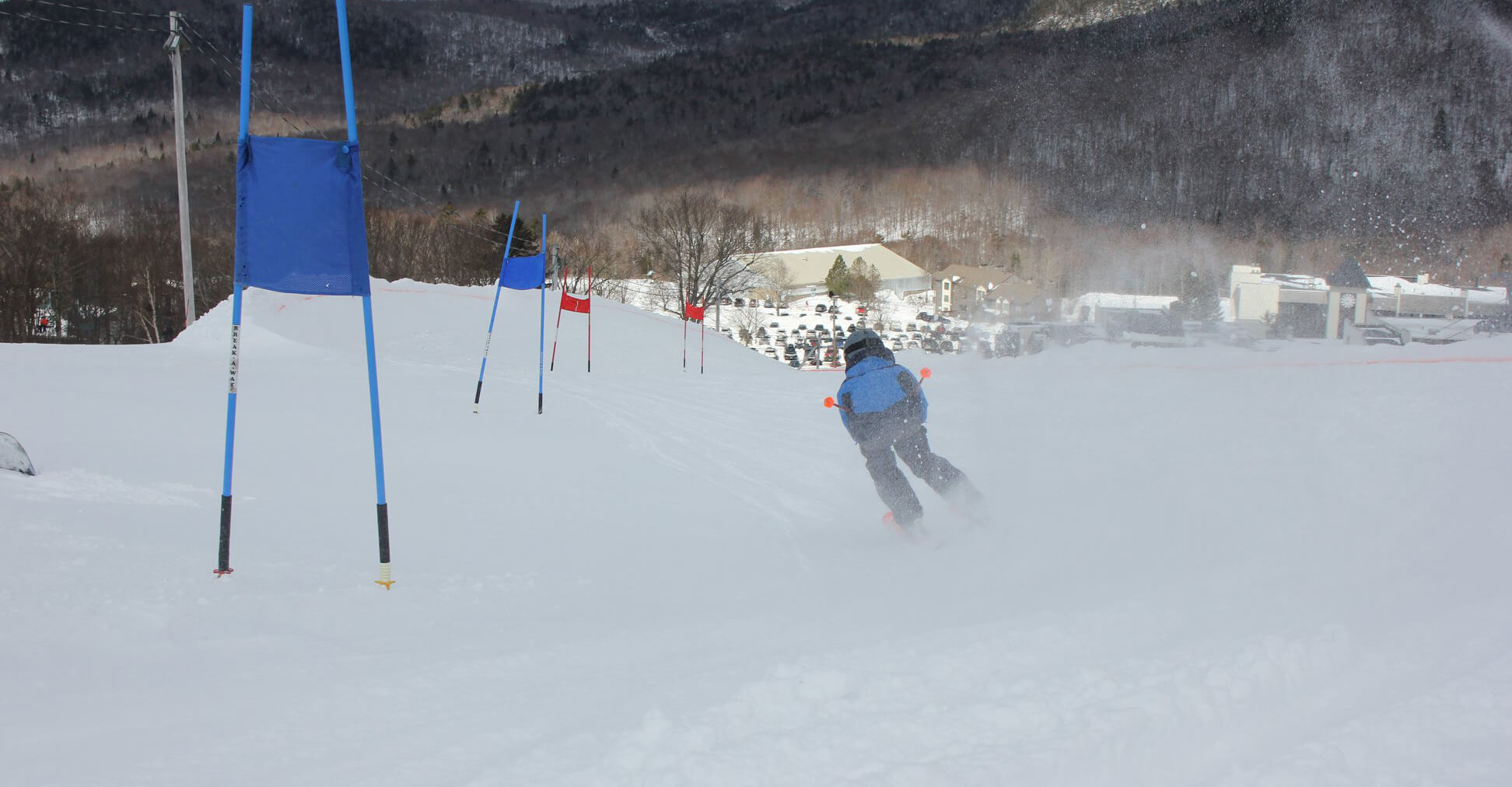 Accepting team registrations / signups through Monday, January 13, but get ’em in before that and join us for tonight’s Captain’s Meeting and some practice on the course before week 1 of the “races” begin in earnest on Thursday, January 16, 2020.

This weekly race series is good time, that’s for sure. Teams of 8 “compete” for the title with times handicapped based on age, gender and equipment racing on (telemark skis get the biggest bump, snowboards next and skiers, well, you’re expected to be faster so no head starts for you).

Think you are faster than your colleagues? Your Friends? Your Competitors?

Maybe you are, but perhaps not when things are handicapped to even things out a bit… That’s right, this fun weekly race series (Thursday evenings in January and February with  racing from 6:30 – 8pm and raffle and drinks to follow) aims to level the playing field a bit by giving “head starts” based on age, gender, and equipment so if your grandmother is a former racing prodigy, we recommend you sign her up for a better chance to win! If that’s your goal, anyway.

We’re not convinced most team’s goal is victory, however. We know people like to get out there and run gates, but we’re somewhat convinced teams come back year after year for the great raffle, pizza and drinks in the James Moore Tavern and Fireside Flatbread Dining Rooms more than anything, honestly. We’d love some fresh entrants to the field, so check out the link above and let us know if you’d like to join the weekly (sort of competitive) party!

Sharpen those edges and let’s go!