Gentleman Brawlers in the Base Lounge Concert Hall 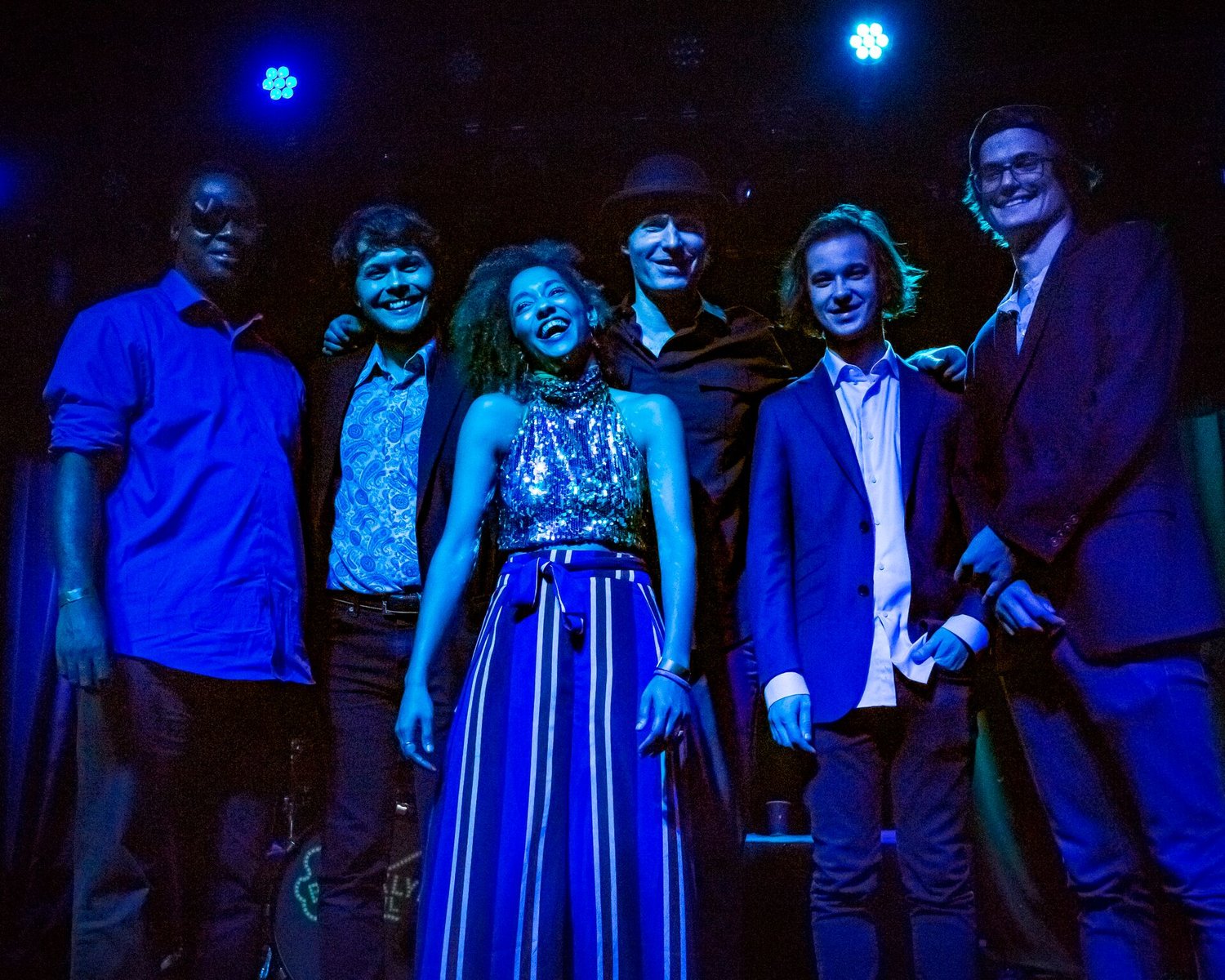 We cannot wait to get down with this amazing band from the big city. Who’s ready for some fire on the mountain?

All patrons attending this event in the main floor of Bolton Valley’s Base Lodge (downstairs from the James Moore Tavern & Fireside Flatbread) will be required to show proof of full vaccination against COVID-19 or a negative PCR test from the past 72 hours, along with a matching photo ID. Proof of vaccination can be your physical vaccine card or a photo of your card. Tests must be administered by an authorized provider with your name included on the test result.

Gentleman Brawlers, a Brooklyn 6-Piece fronted by the creative duo Matt Walsh and Becca Fox, are psychedelic Afro-soul revivalists known for infusing throwback electronica and acid rock into their funk-based compositions. The ‘Brawlers deliver a live show with plenty of heat, crackling energy, and butt-shaking whomp. While working on the tracks for their next full-length LP (due March 2022), the ‘Brawlers have honed their live show on college campuses and the festival circuit.

Adventurous art-pop experimenters by trade, the band recently expanded their lineup and narrowed their focus to create a live music project dedicated to just one of the sonic ventures hinted at on previous recordings—the Lagos-by-way-of-Brooklyn Afrobeat sound of their single My Theory—and began performing in NYC jazz & world music clubs as the Gentleman Brawlers Afrobeat Project.

The band has drawn acclaim in the New York and London music press. They were brought to the attention of the Internet when Veteran BBC music writer Tom Robinson tipped them as a band showing great promise, calling the ‘Brawlers “a virtuoso live band, grooving together like a beautifully engineered machine.”

Formed in 2011, the group consists of Becca Fox (vocals/keys), “Chatty Matty” Walsh (vocals/guitar), Jeremy Warren (drums), Trevor Brown (bass), Oskar Stenmark (trumpet), and Xavier Del Castillo (saxophone). Their first single I Ain’t No Brian Wilson (I Was Made For These Times) appeared on Occupy This Album, a musical tribute to the Occupy movement. The following year the band dropped an EP, We Were Made For These Times, on the band’s own Brooklyn Fields imprint. Since then, the band has been a stylish presence on the tour and festival circuit and will release their next full-length LP in March 2022.