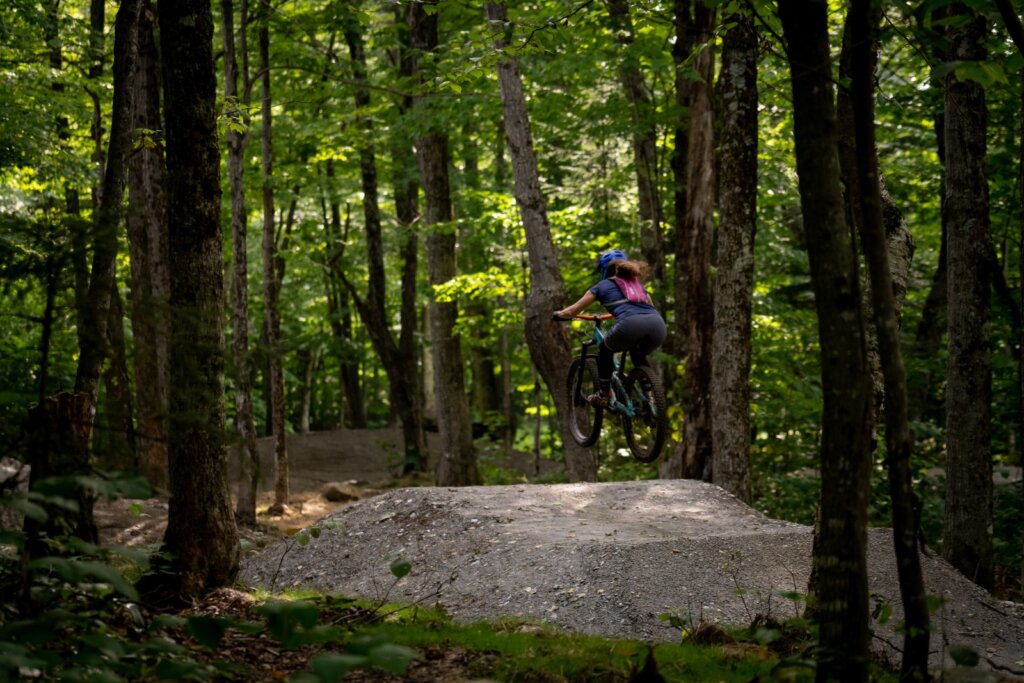 Well, the time has come… that exciting moment in any new trail’s life where we have to come up with a name. But this isn’t just any new trail. This is the new Blue Jump trail, the latest machine built fun from our good friends at Gravity Logic. We’ve opened a couple segments of this Bad Larry over the last year+, but it’s getting close to time to open her up from the top to bottom.

And we could use your help!

We enjoy naming new trails, but the challenge is, we just have so many directions we could take it. So we thought we’d take a moment to hear your opinions on the matter. As with most bike parks, we are mindful of starting / keeping a theme going and we’re sort of lucky to be walking into a few good options there.

Themes
(and trail names that go with them)

What do you think we should do?