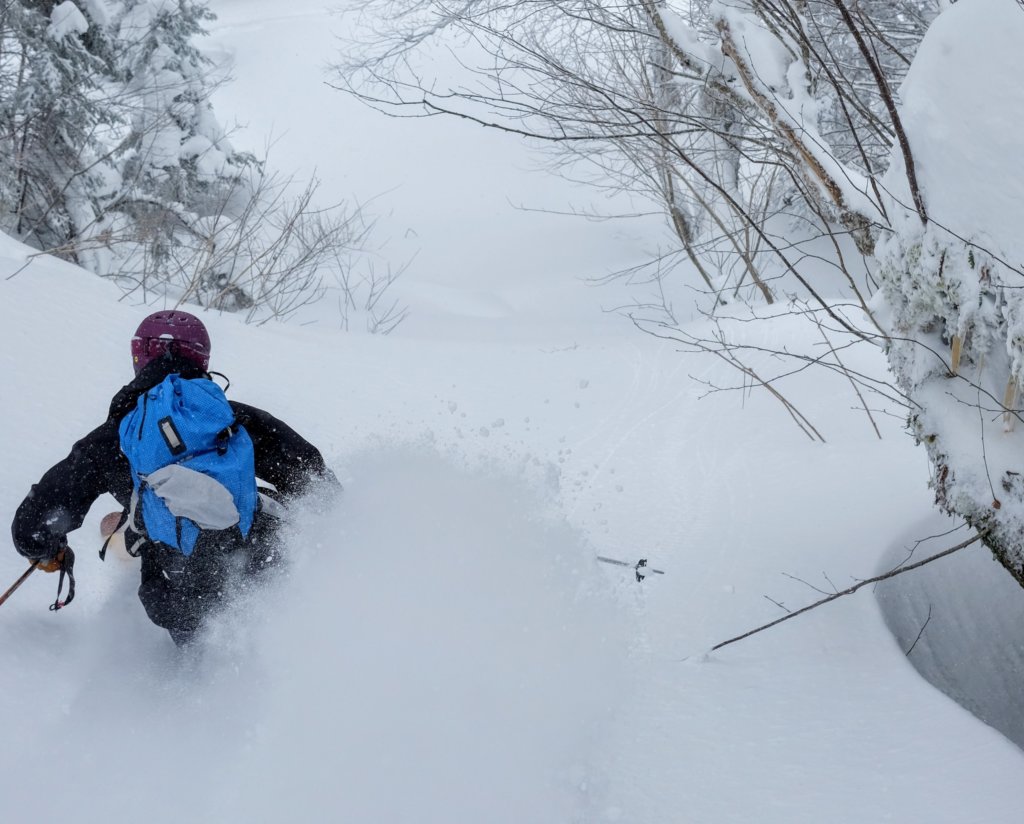 This post is a guest contribution from one of our Bolton Valley Backcountry Guides, Alek Jadkowsky.

The northwest wind and upslope snow delivered again yesterday in Cottonbrook. Last week’s rain formed a breakable crust on the unskied natural snow, but last night’s storm reversed the trend and on eastern and northern aspects around 3000’ I found the crust buried under 8-14” of new snow. Most of that new snow is wind transport and some wind-prone areas were scoured, but turns were generally bottomless and got even better as we pushed deeper into Cottonbrook. It was a welcome change after a week of hard pack and crust!

The rain and warm weather has collapsed more of the snow bridges, so pick your lines carefully. Skiing a stream bed may bring some unexpected surprises! The snow should stay in good shape until Friday, so if you’re looking to make some good Bolton Valley backcountry turns the next two days are your window.

Get out there and enjoy it! See you in the backcountry.