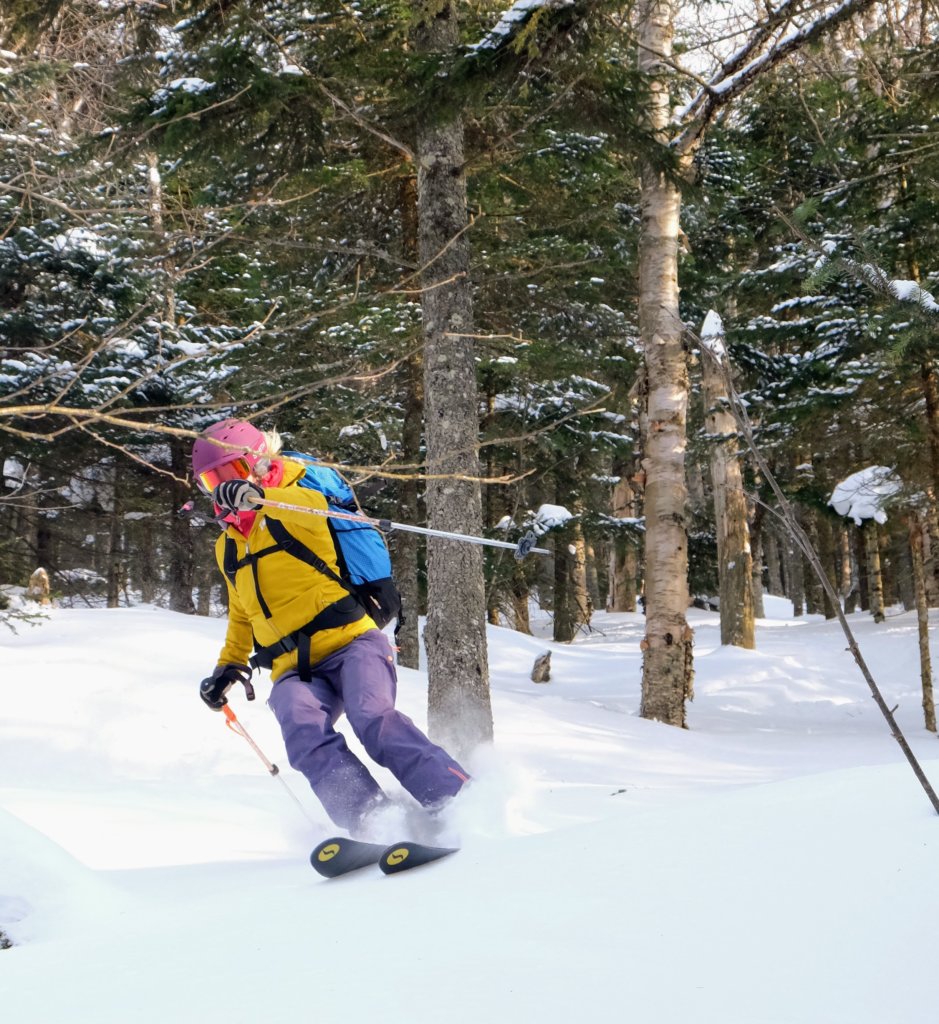 This post is a guest contribution from one of our Bolton Valley Backcountry Guides, Alek Jadkowsky

I got out for a quick tour this afternoon with a friend, and got a little sampling of how our snow is holding up on south- and west-facing slopes. As the sun rises higher and shines longer every day, our south-facing terrain is continuing to build a layer of sun crust, which in some places is now fully supportive. This crust was covered by snow from the storm on Sunday night, as well as the snow squalls that rolled through yesterday, and that really helped the skiing on south-facing lines. West-facing terrain has a bit of the same crust but with less strength, and after being buried under the new snow it skied very nicely. That new snow layer is anywhere from 2-8” deep depending on elevation and wind exposure. Like usual at this time of year, north-facing lines in the BV backcountry are keeping the snow cold and dry while everything else starts to warm up.

What is unusual this year is the snowpack depth; even without the epic storms of the past two seasons (cross your fingers!) there is more snow on the ground here than I have ever seen. This is really opening up the terrain as the bushes become increasingly buried, and I am seeing new lines every time I head into the backcountry. Now that the days are getting longer and the temperatures are a little more mild, it’s a great time of year to explore. Grab a friend, make a plan, and go find your new favorite backcountry line!