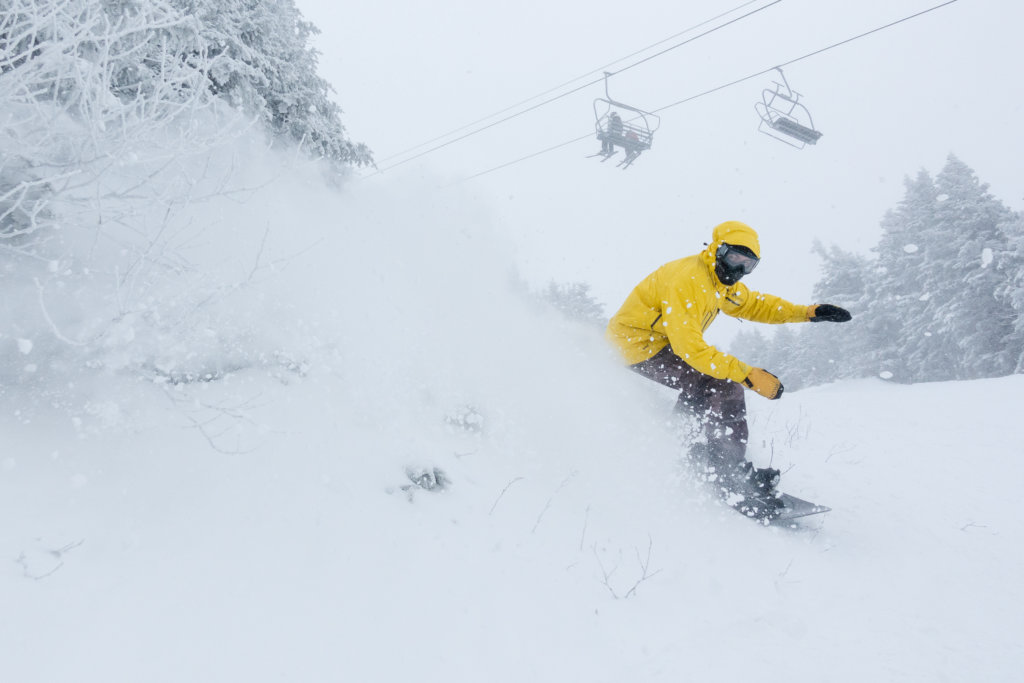 Okay, okay, mea culpa here… we say “Know Before You Go” probably a little too often around here. But it seems to be working. We’re proud to report that people have visited our Alpine Snow Report page 220% more than they did last December. Which is great! We’re all about doing the best job we can to empower our guests with the up-to-the-minute intel they need to make the best decision for them that day. Obviously, things can change fast here at the highest base elevation in Vermont and that’s why we update the snow report 3-5 times daily with time stamps.

But if we’re being honest, it’s kind of a lie. Because the reality is, you can only truly know so much before you go. The real truth for that day remains somewhere between you and the mountain and perhaps with your “travelling party,” too.

Like take today for instance. Sure, this 4-6” of fresh snow we just received really seems to have snuck up on a lot of people. Or maybe you saw us calling our shot on social media Saturday afternoon when it was only an inch and we were already saying it might stack up to be 4-6 by the next day. No? Well, a lot of people certainly did. Here’s the Saturday afternoon Facebook Post and here’s the corresponding Instagram Post from Saturday afternoon. Let’s just say, there weren’t a lot of places calling for so much snow and you let us know just that in our direct messages on both social channels. We. Got. Lit. Up.

Perhaps you were one of the several people that saw that and immediately sent us a dm saying we were crazy and there was no way. For future reference, we don’t make those predictions lightly and we’re certainly not always going to be right, that’s for sure. But we like to think we made a few of you just curious enough to check the snow report this morning and see the 7am update declaring, indeed it was true. Exhibits A & B from today:

Perhaps you were among the 10 people lined up at Vista for the 9am opening bell. Even so, despite reading our Snow Report (thank you!), you still didn’t know the whole story yet. Despite all your prep to ensure a successful day, you didn’t yet know nearly as much as you did just 15 minutes later with buttery turns in your rearview mirror and presumably an ear to ear grin on your face as you rode right back up to the gate with no line… and did it again…. and again…

You likely marveled at the lack of people in lift lines on this first “peak” holiday weekend of the season and enjoyed lap after uncrowded lap until 11am and next thing you knew, your legs were spent and it was time to eat. You saw everywhere around you people wearing face coverings, but the stoke in the corner of their eyes was undeniable and it was contagious. Oh yeah, you told yourself. This is nice.

You wouldn’t get all that just from reading the snow report at 7am (“Knowing Before Going”) and then not actually going to the mountain on such a day though. No, that’s a different kind of day altogether.

Need more salt in the wounds? Check out our #TeachMeHowToSherman video edit from the same day.

Hope to see you on the mountain soon!