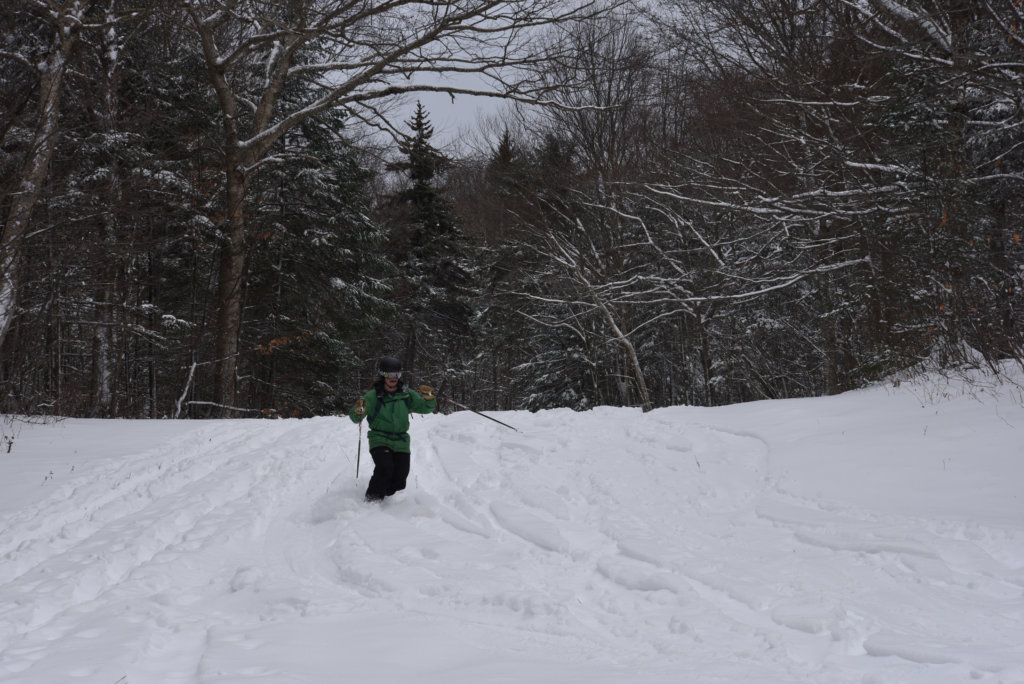 Ahh, yes, the beginning of November, what an unpredictable time. As we start to count down the days until the chair lifts start spinning, many of us are checking the weather daily, hoping that the temperatures will begin to drop and then stay cold. Maybe if we’re lucky, even some snow will fall and stick around, giving the snowmakers a head start.

After our first real snowfall earlier this week, the harsh truth of Bolton’s biking days for the season is coming to an end and switching to skiing and riding fast. While most of those hopes and dreams came true this past week, the unpredicted Vermont fall crept in to spoil the fun. With the temperatures rising to the mid-50s and even reaching up to 60s this upcoming weekend and staying through next week, a lot of people dusted off their skis and boards to get a couple of runs in before the season really starts in a matter of weeks.

All over the mountain, the snow continued to fall down for 24 hours, which left a fresh layer of snow covering everything in sight. If you looked up onto the hill, you would have seen tracks from people enjoying the early season snow. As you hiked up following the tracks of fellow snow lovers, you would’ve seen paw prints from furry friends joining their companions on the hill in at least five inches of snow.

This week’s storm brought snow that was thick and heavy, which meant it was less than perfect pow. But for those early season runs, it was a nice cushion for the stumps and rocks that were only a few inches below the surface. With each turn bringing you closer to the end of that impromptu preseason run, the excitement of winter grew inside.

Hold onto that preseason jidder as the warm weather crawls in later this week because we’ll all be back to checking our weather apps, the Bolton Valley webcams, and counting down the days until those chair lifts are spinning.