We Are Who We Are

Just a short 30-minute drive from downtown Burlington and Lake Champlain, yet surrounded by over 5000 pristine acres of high mountain forest, Bolton Valley has grown into a small alpine village and fostered a totally unique community of outdoor enthusiasts, families, and professionals. At Bolton Valley the recreational opportunities at your doorstep are as numerous as the views are spectacular.

Bolton Valley is a beautiful place with a fun welcoming community, and it sits right in the heart of North Central Vermont. There is truly no other place like it.

See The Latest From The DesLauriers Family

A Sense of Place

Bolton Valley sits high in the Green Mountains of Vermont and boasts the highest base elevation of any ski area in the state. The access road to the resort climbs two thousand vertical feet out of the beautiful Winooski River Valley and provides visitors with unequaled access to the highest reaches of the Green Mountains – not to mention breathtaking westerly views of Lake Champlain and the Adirondack Mountains beyond.

Guests and residents can start their outdoor adventures at their front door, or take a short, beautiful drive or bike ride to some of the best sights and venues Vermont has to offer.

The Inn at Bolton Valley is an integral part of our mountain community and is located at the base village of the resort. It houses all of our awesome food outlets including the James Moore Tavern, Fireside Flatbread Pizza, and our little general store and deli. The Big Rock Mountain Shop retail space and our BV Sports rental and repair shop are also located onsite. The Sports Center is only steps away, and houses our indoor skate and bike park, swimming pool and so much more.

Bolton Valley is owned by the DesLauriers family and a small group of investors.  Ralph DesLauriers founded Bolton Valley in 1966, and is now Chairman of the Board.  Three of his children, Lindsay, Evan, and Adam – along with the best management team ever – currently run the resort and see to its daily operations.

Check out Storytime with Ralph to hear about Bolton’s early days! 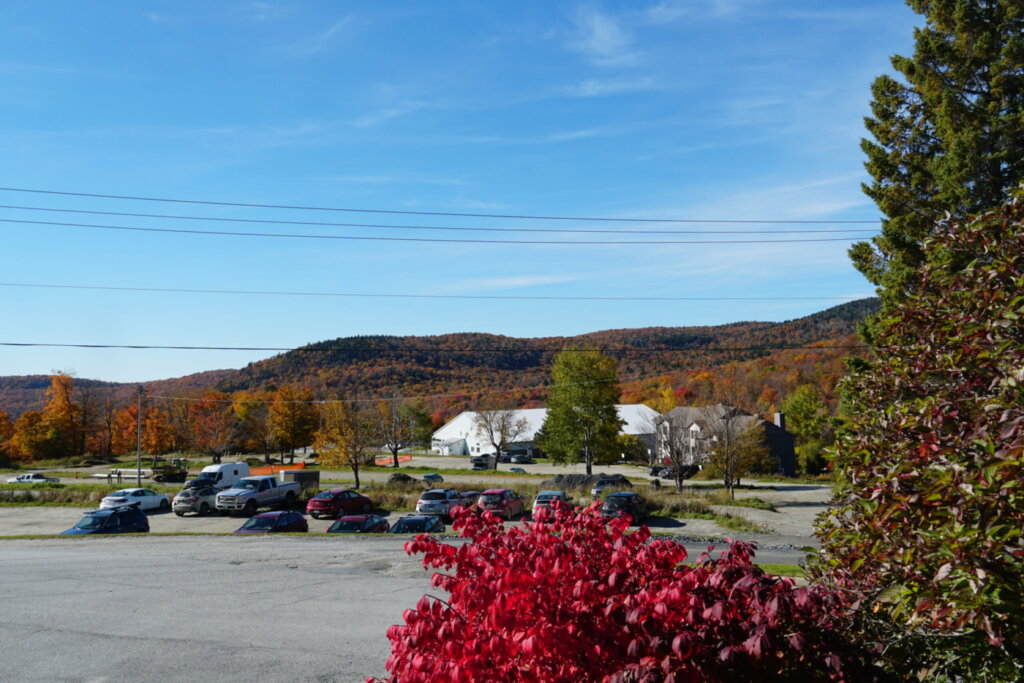 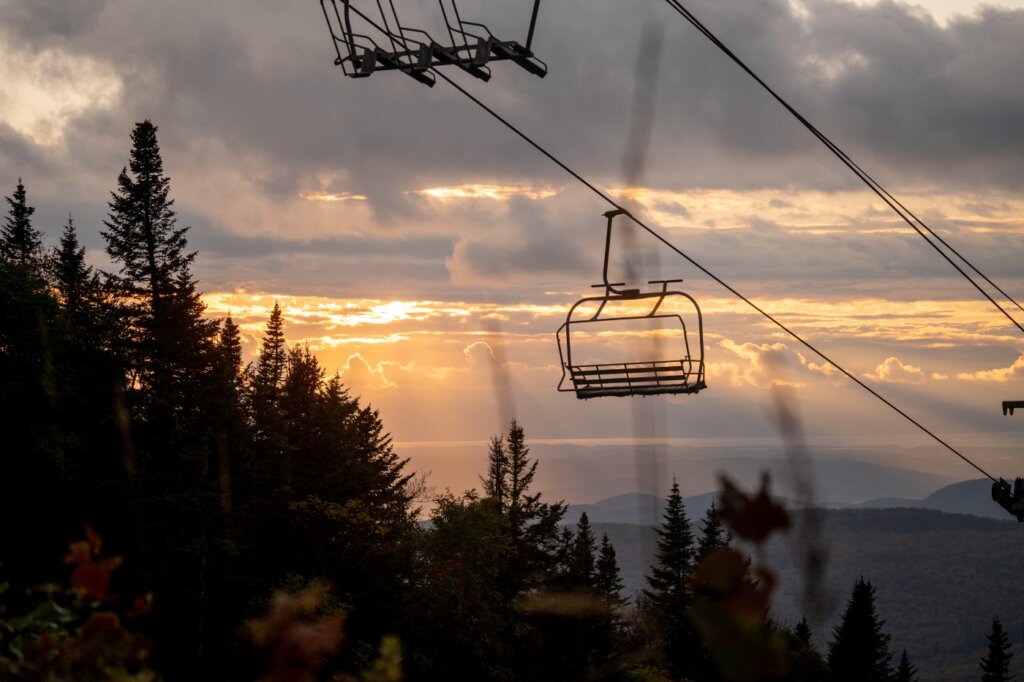 We had a lot of evidence suggesting summer was over a couple of weeks ago, like: – Labor Day weekend 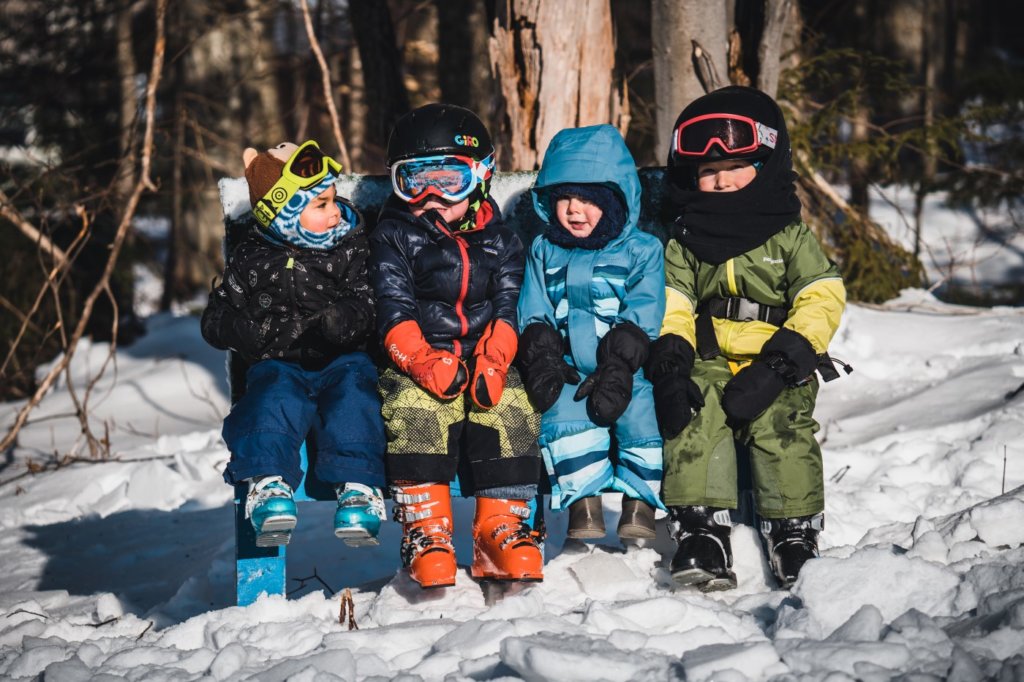 At Bolton Valley we strive to be as environmentally conscious as possible. In fact, we were recently highlighted as one of the Climate Action Business Association’s Champions of Snow. Skiing and riding are outdoor sports and we depend on a clean environment and abundant snowfall. To learn more about our environmental initiatives check out the sections below:

Check out the current status of the Wind Turbine.

In 2009 Bolton became the second ski area in the country, and the first in Vermont, to boast a wind turbine on site. The turbine is not currently owned by Bolton Valley, but our staff does assist in the maintenance to keep it running and producing energy.

The 121-foot-tall Northwind 100 Wind Turbine produces approximately 300,000 kilowatt hours of power annually and can start generating electricity at wind speeds as low as 6 mph. The turbine uses net metering so power is sent into the electrical grid and in return, Bolton Valley receives a price reduction on their electricity. The amount of power produced could cover about one eighth of Bolton Valley’s total energy needs, which is equivalent to the electricity consumed by 40 to 45 Vermont households.

Rime ice, an opaque coating of tiny, white, granular ice particles caused by the rapid freezing of supercooled water droplets on impact with an object, can throw off the turbine’s balance and cause drag. Because the turbine is harmonically tuned it will automatically shut off when it senses an imbalance or drag. This is what keeps the windmill from running 24/7 in the winter months. January through February/March are the least productive months for the turbine. The milder the weather conditions, the more often the turbine can spin and produce power. Three solutions have been tested on the blades to prevent rime ice from building up. The first set of blades were coated with special paint that was designed to resist any type of substance from adhering to the painted surface but the blades still collected ice. Next, a heated blade with no special coating was installed, but that did not prevent icing either. The current blades are now coated with another design of paint that utilizes nanotechnology to have even smaller pores than the first blades. This most recent attempt at reducing rime ice has not been truly tested because of the very mild winter of 2011/2012, the first season it was being tested. There is hope that this solution will prove successful.

The ingredients for snowmaking are water, air and cold. The combination of air and water depends on the outside temperature; the colder the air temperature, the less compressed air needed to make the snow and vice versa.

Bolton Valley uses high-efficiency snowmaking guns. This allows us to run more guns at once because each one requires less compressed air. More available air means there is more air to pump water and more snow can be made, which is a good thing for everyone!

Bolton uses diesel groomers with a usage of 40-80 gallons a day and feature improved emissions ratings—they are fast, have a high pushing power and horsepower.

Bolton’s pump house located at the top of the Mid-Mountain lift is primarily heated with waste heat from their new electric compressor. It is important to heat this building to dry out the hoses and keep them from freezing. A radiant heater was used before that required 250 gallons of propane a week. Now there are two new wall unit propane heaters purchased in the 2008-2009 season that maintain the building at 50 degrees when the electric compressor is not in use so that the pipes and hoses do not freeze. However, they only have to be turned on a few times a season and only use about 100 gallons of propane a season.

Bolton partnered with the Energy Co-op of Vermont to install two Magnum Countryside pellet stoves to heat the baselodge. The stoves burn premium quality wood pellets manufactured locally in North Clarendon, Vermont. Aside from the reduction in fossil fuel, according to the US Department of Energy, pellet stoves have the lowest emissions of any biomass appliance.

LED lighting is perfect for Bolton Valley because LED lights have a much longer life than incandescent bulbs and fluorescent and do well in cold climates. We changed some of our outdoor lights to LED’s in 2011 which saves 1,195 kWh/year.

The James Moore Tavern and Fireside Flatbread work to provide locally sourced food and beverages. The James Moore Tavern and Fireside Flatbread locally source about 60% of their food. These restaurants work with Squash Valley Produce to source as much locally sourced food as possible. The Tavern uses Vermont beef from Boyden Farms and Cabot cheddar cheese in their famous Bolton Valley Ski Burger. These two apres ski specialists tie together the experience by providing Cookie Love cookies and Hood milk for the kids, and local brews such as: Long Trail, Switch Back and Magic Hat.

Bolton Valley reduces their carbon footprint by purchasing Skyway trash bags which are made in the United States from recycled agricultural plastics and require 80% less petroleum to produce and distribute.

Every winter erosion and heavy traffic from cars, skiers, snow plows, and snowcats tears up the soil and grass around the Bolton Base lodge. Instead of purchasing new topsoil, Bolton creates their own organic material by mixing excess dirt from the parking lot, sand, woodchips donated by local residents, and salt. This mixture provides a great soil to grow grass again for another beautiful green summer and a creative way to replace the soil that erodes from the bottom of the slopes during the ski season.

Bolton Valley donates all of their used cooking oil to Alternative Fuel Foundation.

Absolute stunner of a day out here on the wildy lift. The sunshine is warm, the air is crisp, the snow is fresh, and Wilderness...

Woohoo! 14" of freshies in the last 4 days with up to another 6" expected through Friday. Not to mention fresh tracks to be had...

Something wicked [sick] this way comes. Snowstorm is underway and it ain’t stopping til tomorrow so get it while it’s good friends! #SnowStorm #FoundatBV #TheGoods

Couldn’t make it today’s pow day? Grab your friends and join us until 10 pm for the rest of the week. Psst.. I think you’re...

And we’re off! Corporate race league is now in session and the weekend storm has begun. #ItsSnowing #TheGoods #FoundatBV

Today we remember the life & legacy of Dr. Martin Luther King Jr. while also acknowledging our position in a sport made up of predominantly...