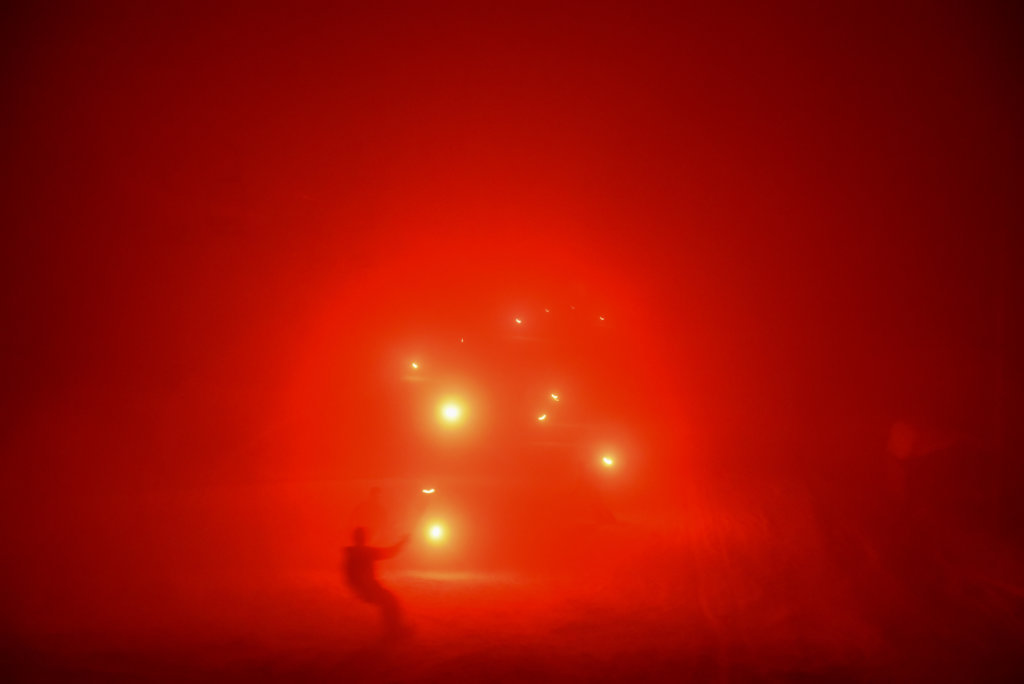 Oh what a night!!! The final evening of 2021 concluded in the most spectacular way. There was fine dining, a choreographed torchlight parade, fireworks, and even some sparkling beverages to celebrate the conclusion of the year’s past and to welcome the new year!

Picture this: the lights that illuminate Bolton Valley’s night skiing trails are all shut off approximately at 9 pm. There’s a crowd that cheers as they see a bright red light come to life from the top of Beech Seal. A row of people one by one light their torches, thus beginning the yearly torchlight parade. The 20 people in a row slowly making their way down the slope one by one giving each other space, getting in position to start their descent.

The slow group kicks off the parade. Eight torches start to snake down the middle of Beech Seal, illuminating the slope slowly. After some time, 12 people form a line and make quick turns going in the opposite direction; to create an opposing design for the viewers below.  After both groups have made it about halfway down, the last two people with two flares each are on either side of the group closing in.

For the viewers down below, it is a sight to see! A snake of red beams of light illuminates the whole Beech Seal as the twenty volunteers make their way down in a choreographed manner. The crowd is cheering as they get closer and closer! And once they reach the bottom, the first person starts a chain effect of putting out their torch one by one.

Once the last torch was out, the fireworks commenced, and a show of different colors lit up the sky. They are positioned right behind the Vista Quad up towards snowflake and create a spectacular show in the sky showcasing a rainbow of colors and figures.

The crowd cheered and watched as the final display was sent off. With a bang, the fireworks concluded the night of festivities for some, but for others, they had a few more hours to go.

Summer 2022 is going to go down as an all time season at Bolton Valley. The new outdoor pool is open, the Vista Lift is delivering scenic lift riders, hikers and bikers to the summit, and the mountain bike trails (including the new top to bottom beginner flow trail) are in INCREDIBLE shape!

Perhaps you’re due to unplug, unwind and escape to the mountains with us?

Stay in our newly renovated hotel and enjoy all the on property amenities (including outdoor pool free when you stay with us). You’ll love our central location, just off Interstate 89, just 30 minutes from Burlington, 3 hours from Boston and under 2 hours from Montreal.

With Free Live Music on the Lawn every Wed & Fri evening through Labor Day AND lift service to the top of Vermont through foliage season, well,  it’s just cooler up here!