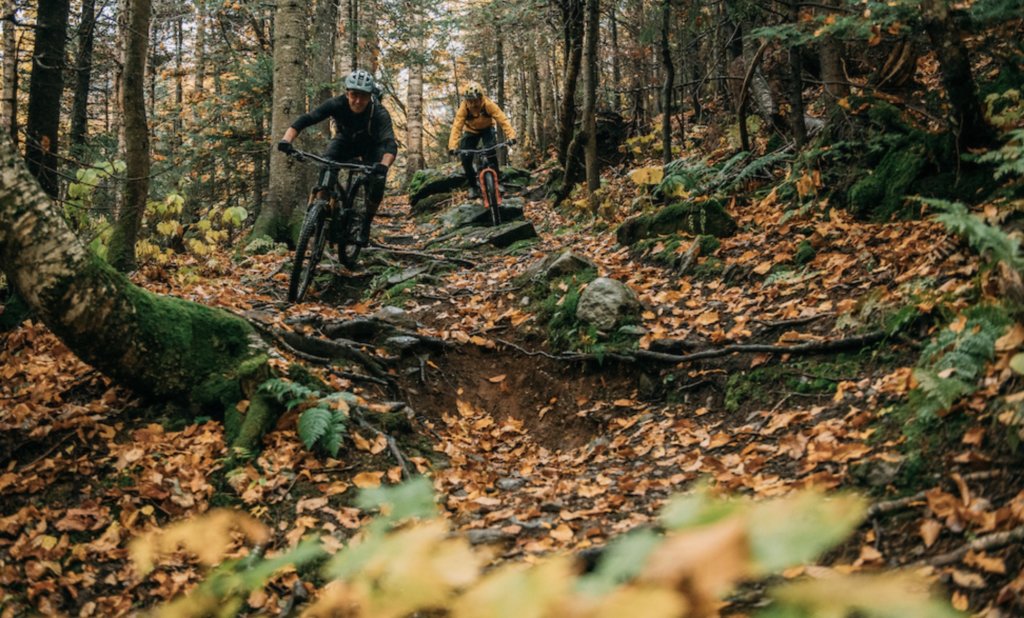 The inaugural Trans New England Enduro came right on through good old Bolton Valley this Fall, and some of the folks over at Pink Bike were kind enough to document it! The following blog post was taken from Trans New England on PinkBike.com.

New England is home to some of the finest riding in North America.

If you are surprised by this statement, you are not alone. New England is relatively quiet in regards to mountain bike reporting in comparison to other hotspots throughout North America. However, when you begin to consider the numerous top level EWS, World Cup and World Championship XC and DH contenders produced by this region, that claim begins to carry some weight. For many of us riders who have grown up in the area, we have always known that we have great terrain that can compete with some of the best locations around the globe. Yet our mountains are ancient and rounded, our forests are tight and technical, so it can be challenging to accurately present how special the riding truly is. When racers from around the country and even around the world pass through between events, there is always an element of inquisitive surprise when they get to sample the goods.

The idea for Trans New England has likely existed in the minds of many riders that hail from this region, but was not fully realized until June of this year. Yes, this is another story of COVID-19 and how it forced sweeping changes across the world, but in this case hopefully something unique as we all look ahead to healthier and safer days to come.

As local shelter in place restrictions began to relax, Alex McAndrew, a figurehead of gravity racing in the northeast, invited a small, tight knit group of friends from Covid-safe counties to embark on four big days of riding. We rode all day, refueled by snacks and swimming holes sprinkled about, camped and experienced some of the best trails Vermont and New Hampshire have to offer. Normally congregating for several races per month by this time in the year, this was the first time we were all together since COVID-19 hit. The lasting impression was evidence of how much we missed the camaraderie and simplicity of riding with a good group of friends.

After the mid-summer self-proclaimed, “sendah fest”, a few of the riders from that crew, Adam Morse, Patrick Noonan, Peter Ostroski, and Tom Sampson set about creating something a bit more structured for the fall, the first edition of TNE. The concept was simple: emulate the great Trans races we have had the privilege to attend such as Trans BC, NZ, Provence, and Andes Pacifico, but bring it to our home territory. The mapped out route covered seven different locations over five days in across northern New England. Dinners would be provided by local restaurants and camping logistics arranged for the group each night. Our goal; big days on the bike covering a variety of terrain highlighting the best trails of each region. The days served up 4000-5000’ of descending in addition to a planned “race stage” for each day. The open format allowed the group to have a structured itinerary, but also left time to session sections and mix up the party trains throughout the week.

Reality: COVID-19. While we were fortunate enough to have interest from friends in California, Arizona, Colorado, and even Canada, we had to restrict who could attend. We consulted with numerous medical professionals as well as adhere to the constantly changing local restrictions. Ultimately, we had to make the unfortunate decision to limit the group to New England locals from counties with the lowest covid rates or those that could adhere to the strict quarantine guidelines in each of the areas we would be riding. Luckily that still left us with numerous DH and XC world cup athletes, former world championship competitors, a 2x Olympian, a 2x EWS champion and the best riders and racers New England has to offer. Needless to say we were not short on talent. More importantly we were not short on great people to spend a week traveling and camping while riding some of the best trails you may or may not have known about in Vermont, New Hampshire, and Maine.

Without further ado, we present to you, Trans New England Enduro